1999 McColl Center Alumnus Marek Ranis creates art that draws awareness to ecological issues. He is not interested in defining what is good or bad about an event, but in illuminating the full picture. A multidisciplinary visual artist, Ranis explores ideas through sculpture, installation, film, photography, and painting.

Ranis was among the first class of McColl Center artists in 1999, at which point he was just beginning to focus on climate change. In 2014, McColl Center exhibited Arctic Utopia, a project Ranis developed through mixed media sculptures, videos, and site-specific installations that explored the influence of global climate change on humanity and society’s inability to comprehend its enormity of scale.

Ranis’ considerable body of climate-based work has led him to explore far-reaching areas of the globe as well as the collective consciousness. His recent work, Stewardship: A film exploration of faith and water, created for UNC’s Keeping Watch project, has kept him at home in Charlotte. I spoke with Ranis about his creative process, awareness, and challenging an audience. 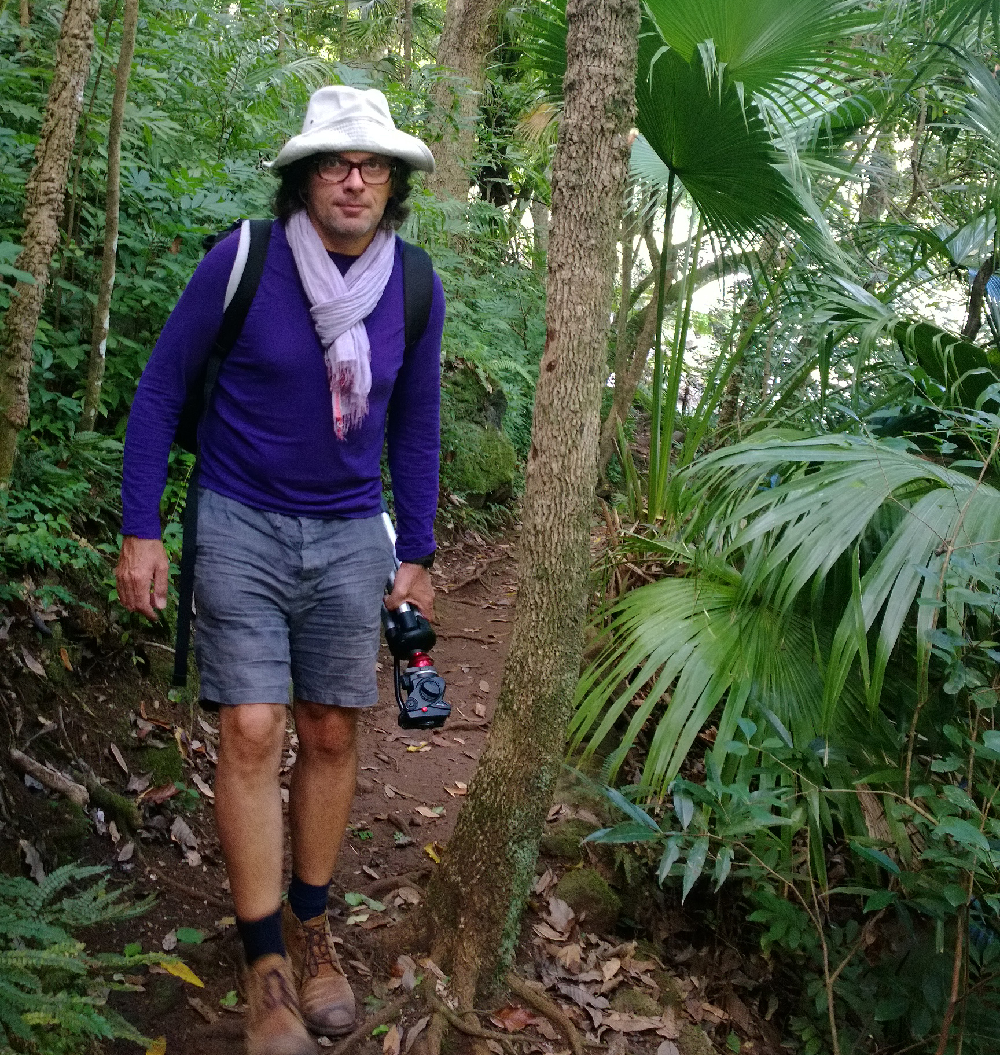 Your multi-media efforts are wide-reaching. How do you begin a piece? How does your creative process unfold?

Marek Ranis: It is difficult to pinpoint a beginning. I guess it starts with an interest in something. Then I begin researching and exploring, both in my mind and on paper. It’s a slow evaluation of something until an idea crystallizes. Sometimes the idea does not survive. I am usually working on two projects at once, moving ideas from the back burner to the front—back and forth. Occasionally I will look through my sketchbooks and find an idea that can now be executed.

In my practice, I use media as language. I initially trained as a sculptor but now work more in film and photography. The media is not a conscious decision. The idea comes first and then I determine the best language to express my content. My work is culture-driven, so the process is loose. 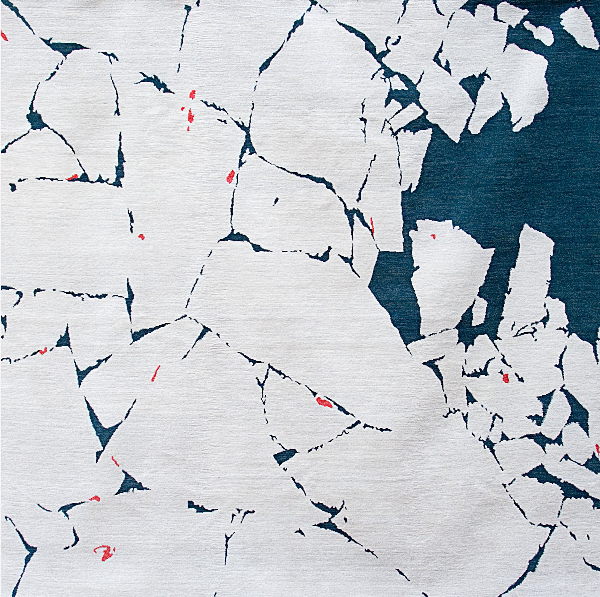 How research-based is your work?

When I was working on Albedo in 2001 and 2002 I quickly realized that the research needed to be experiential. Most of my research is traveling and gathering experiences. Sometimes the process of creating is the research. This was the case in my recent work for the KEEPING WATCH on WATER project for the Projective Eye Gallery [at UNC Charlotte Center City].

I interviewed spiritual leaders in Charlotte about ecology and the ethics of ecology as they relate to religion. The process of making the film—going to the source, conducting interviews and editing the film—was also the research. Unfortunately, or maybe fortunately, my work has become more journalistic than I wanted it to be. The art has become secondary. I think this is true for many artists who are obsessed with ecological issues.

The moment you really try to understand an issue you quickly realize that it is much more complex and hard to define than you originally thought. My work lives in that gray area. I think I will say that research allows me a better misunderstanding of a subject.

Much of your work explores duality. Do you think this tension drives change?

I am interested in duality and the gray area of issues. It is hard to define who is a victim and who is a villain. I find it important to challenge people with unpleasant subjects. I am not interested in destroying good feelings about the world but I do want to reveal the full picture. I have a hard time defining myself as an activist. The more you think about issues, the more you realize that most issues are political and require political tools. Activist artists create spectacular work that can drive awareness but actual change has to be made on a political level.

What is your current focus?

I am working on a project centered on Alaska. It is a continuation of the ideas I worked on in my project Arctic Utopia. I was recommended by McColl Center to be the first artist in residence at Anchorage Museum, beginning a collaboration between Rasmuson Foundation and McColl Center. My artistic research in Anchorage allowed me to create this new body of work called Arctic Utopia which I presented in my solo show at McColl Center [in 2014]. 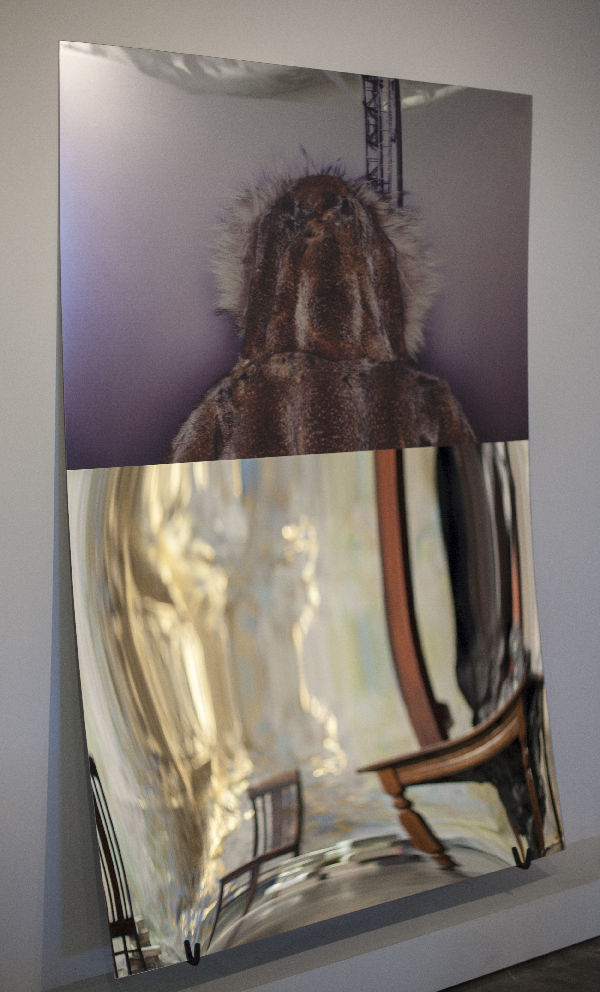 Arctic Utopia was born from research I did when working on my Albedo paintings series. Inspired by climate change, the project focused on the romanticized idea of the arctic landscape—this idea that it is the last frontier for exploration and a fascination with the Inuit and their ability to survive—and how that exists alongside our huge desire for natural resources. The project was not reflective of personal experience but of personal perspective. My new work, this continuation of an idea, is a response to change.

The work of German artist Neo Rauch is holding me somehow. Something about his paintings are moving my imagination almost to the level of being intimidated by his genius. He grew up about 200 kilometers from my hometown so the images and landscapes are very familiar. I have a personal connection to the places in his work. Maybe I’m just getting older and sentimental and this is not a good intellectual measure of things.

Kate Nation is a designer, writer, and ceramicist.