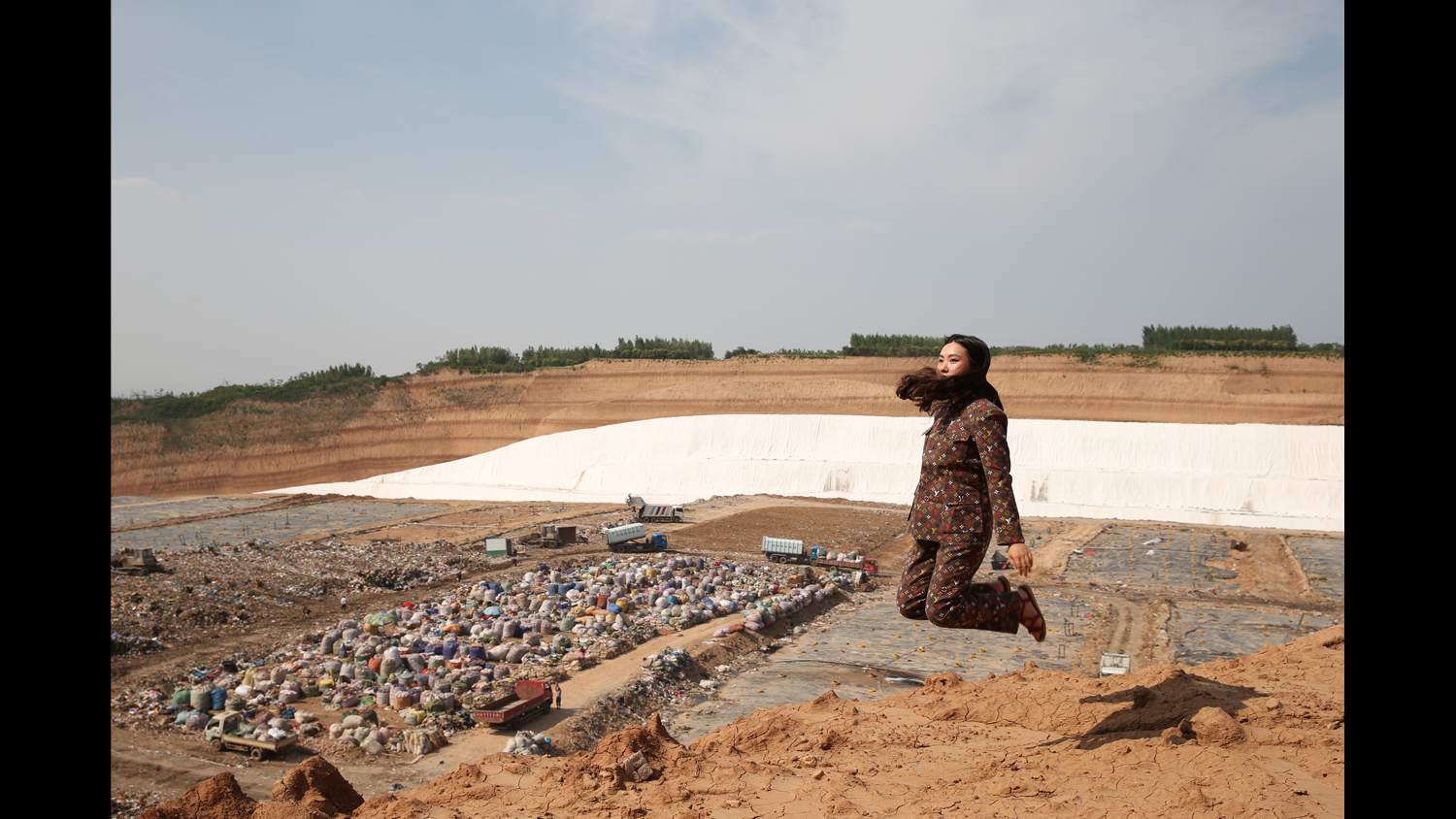 The telling of history is complicated.

The narratives we believe are true are often controlled by a society’s dominant group, leading to social and cultural collisions. There is no greater evidence of this than the prevailing push in contemporary culture to add other voices, recognize missing elements of history, and the movement against single stories because so many experienced the real social and political consequences of being excluded.

Artists-in-residence Jackie Milad, Barbara Schreiber, Edison Peñafiel, Janet Loren Hill, and Sichong Xie question this concept of the narrative, using their work to add and ask questions about humanity’s relationship to the past, the present, each other, and the natural world.

The long hand of history meets the contemporary desire to question and retell in Jackie Milad’s work. An Egyptian-Honduran American, the layered symbology and scale of her work exists in modern Egypt, where, for Jackie, “the writing of history is literally on the wall” of many ancient tombs turned tourist destinations. She shows the history of her mark and decision-making process through the dense layers of color, symbols, and fragments from older work on her single surfaces. Artworks that were once static and archived become repurposed and responsive in real-time to emulate an ever-changing and complicated story. “I tell my own story as a multi-ethnic first generation Egyptian-Honduran American. I intentionally make my pieces appear dense and chaotic with an accumulation of collaged fragments.”

For almost a decade, Barbara Schreiber’s paintings documented the conflict point created by residential development’s intrusion on undeveloped land, displacing animals from their native habitats and increasing the risk of devastating fires. After the death of her husband, this work became infused with her personal loss. Her fires increased, imbued with greater feelings of loss, grief, anger, purification, and rebirth. In 2020, her paintings shifted to include the pressing conflict between man and the natural world, the pandemic. These new images include scenes of crowds, mixing yearning and fear.

Edison Peñafiel’s work also explores crowd and conflict, displacement, and the human desire to claim land. His multimedia installations focus on those who are often on the underside of the world’s major conflicts: the migrant, the laborer, the surveilled. The disjointed, repetitive and often cyclitic movements in his videos mirror disturbing cycles of human history that result in human catastrophes. These unnerving views break us out of the desensitized lull that ongoing crisis creates.

According to Janet Loren-Hill, her day care center was her father’s antique store in Capitol Hill, Seattle. She has no memories of this space but imagines it’s the foundation for her work. Janet’s installation, video and hybrid object-paintings, purposefully uses textile techniques like weaving, sewing, knitting, crochet, and coiling for their use by feminist and queer activist groups, innate sensuality, and their embodiment of domestic memories. Like Edison, Janet creates a sense of discomfort. Her juxtaposition of materials and space builds both visual and visceral tension. That discomfort is a mirror for the unseen forces that mold who we are, who we pretend to be and what “buying in” to these narratives might restrict within ourselves.

Sichong Xie identifies as a cultural organizer, using her body to address question the defined narratives often found in identity, politics, and cross-culturalism. She uses masks, costumes, objects and other body-transforming forms to create sculptural work in non-traditional spaces. Her performances often use discarded materials and disregarded spaces that require global communities to re-consider and re-envision how we all share and perform in public spaces. Existing in both China and the U.S., Sichong’s current work explores Chinese culture versus American culture, her female gender versus the patriarchy that is reflected in municipal sculptures in China, and Chinese Communist politics versus the “only one child” generations.

This exhibition and the artist residencies of Edison Peñafiel and Sichong Xie are presented in partnership with Windgate Foundation.