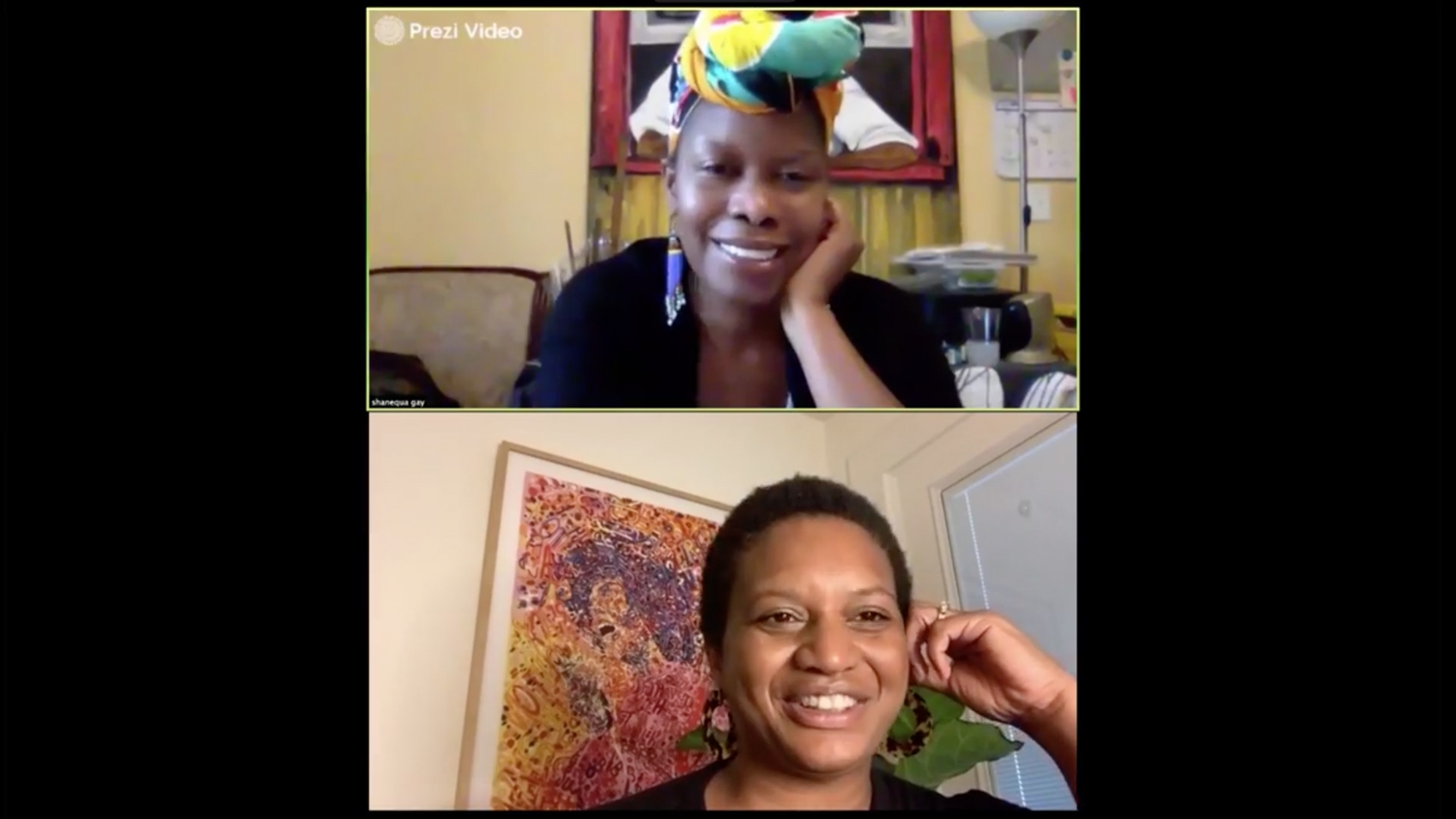 Sharing ideas and learning from other artists is a solid way to improve and build a creative practice. Atlanta native artist Shanequa Gay recently met with McColl Center visiting curator Jonell Logan for a Creative Shifts conversation on Facebook Live.

The two discussed how Gay explores the meaning of Black womanhood through her powerful creative practice via installations, paintings, performance, video, and sculptural figures. We were given a glimpse into her practice and the success she has found in visually re-imagining narratives.

Assert yourself and ask questions

Questioning "the rules” is key to Gay’s influence. Because she is not hesitant to explore concepts, she is able to impart powerful messages through her art. “[I] consider myself to be of Christian faith; but I don’t find it problematic for me to ask questions [of it].” Her religious upbringing instead serves as inspiration for her work.

Assertiveness is an accompanying quality that has benefited her throughout her career. “There’s a huge part of my work that has to do with me asserting things,” she declares. Gay takes a stand for those who are voiceless through the use of color and symbolism. “I’m taking the black and white in which they make us see ourselves, and using that as a language [of] empowerment for these devout figures that I am creating,” she adds.

Growing up in the south during a time full of racial and social injustices, the themes of Gay’s work are rooted in experiences of being Black and female. Despite the issues, her community gave her strong role models and ideas to help her stand up to injustices. Gay represents beauty within her skin color and the women that were in her life growing up. “They were just thick women, and I didn’t see it as being unhealthy. I just saw it as beautiful; representing strength, representing power.”

Beyond color and body positivity, Gay uses symbolism to represent cultural icons. “The things I value about the south are church, black women, and old school Cadillacs,” she says, referring to her pieces in the exhibition Southern Values. These symbols connect Gay’s art to her past and the world in which she grew up. “There is a level of pride about coming from where I am from.” Emerging from the powerful symbols and transformative messages, her work reveals an artist “growing up with all these layers, and all this understanding, and I feel like all of that has compiled into Shanequa Gay.”

Watch the Creative Shifts discussion below.